If within reach of the William Morris Gallery in the next four weeks, don’t miss 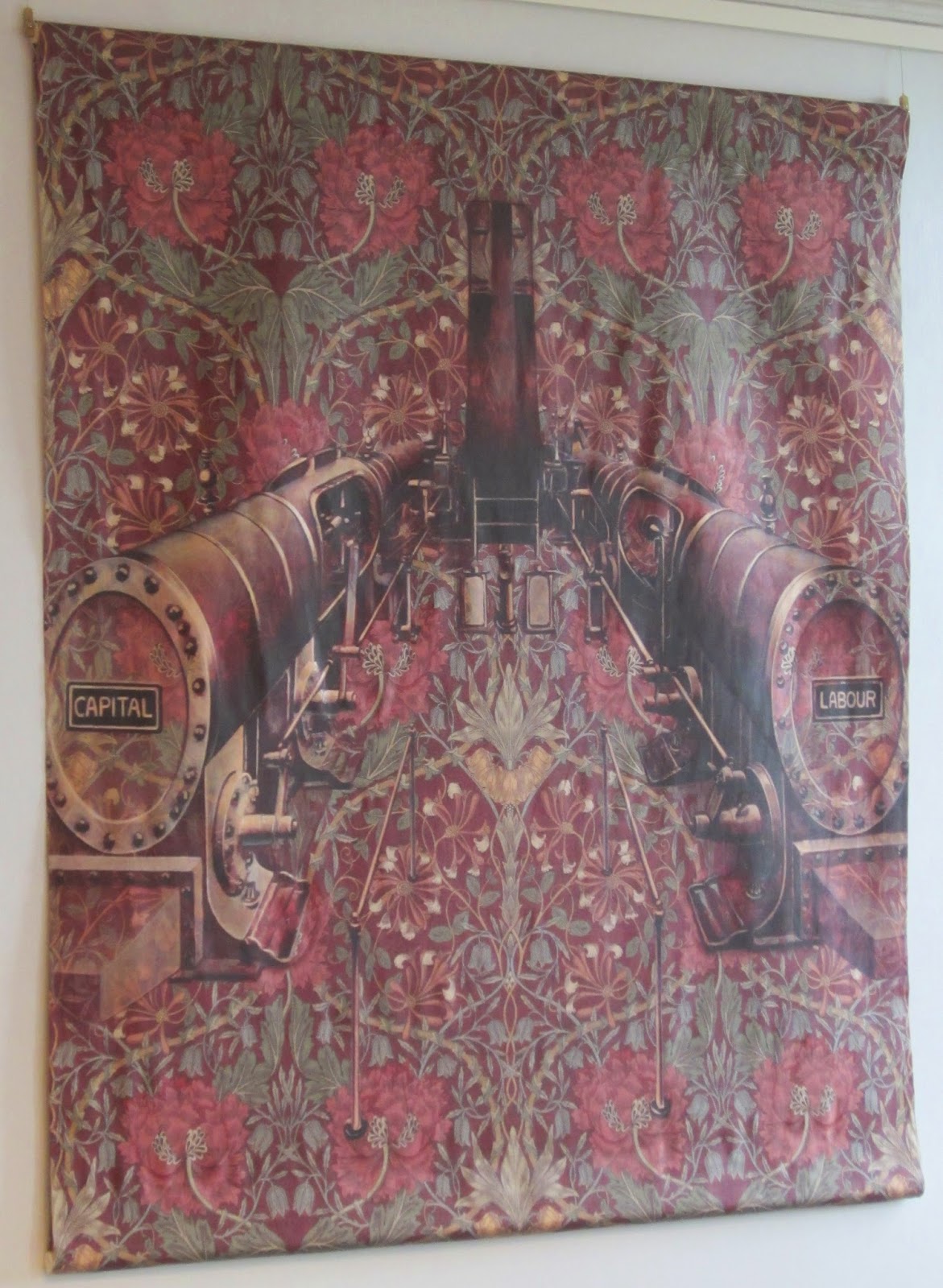 Alke Schmidt’s exhibition TANGLED YARNS, an inventive and stimulating display about elements of the cotton trade from 18th to 21st centuries, asking the questions that should be asked about the sources and economic bases of the textiles that we wear and use.  Questions that Morris himself confronted with his Marxist understanding of political economy. 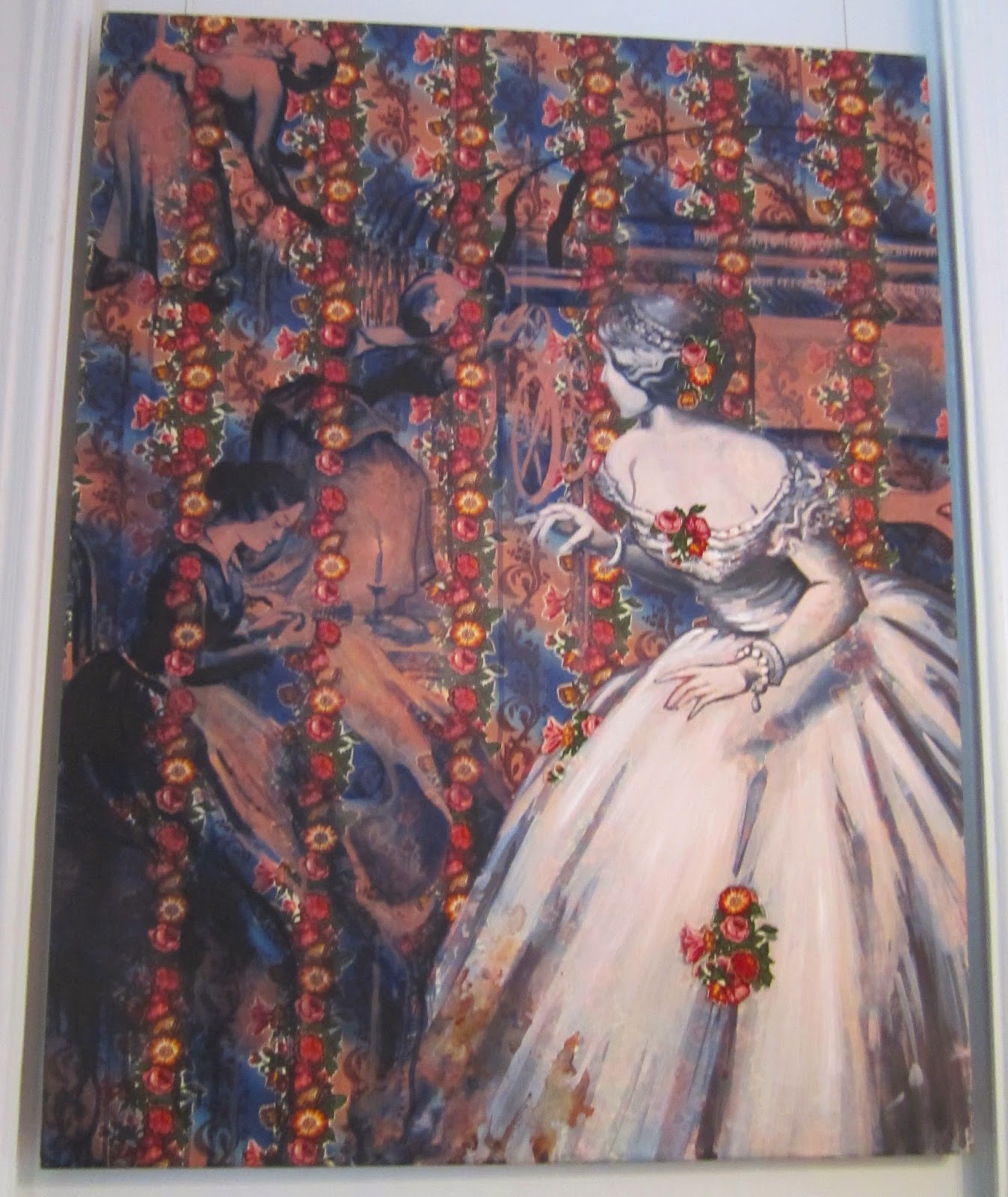 The display consists of large intricately worked hangings that at first beguile the eye and then disturb the brain, but simultaneously invite one to reconcile or live with or reject the global processes of exploitation.  And do so in a curiously delicate rather than polemical manner, so the visual pleasure of the original fabrics survives their mutilation by referents to the brutal histories that went and continue to go into their making.


To quote the blurb:  The tension between the challenging subject matter and highly decorative appearance of the work is deliberately cultivated, to bring out the ambiguities and contradictions, the politics and morality of the textile trade.
more here   and here 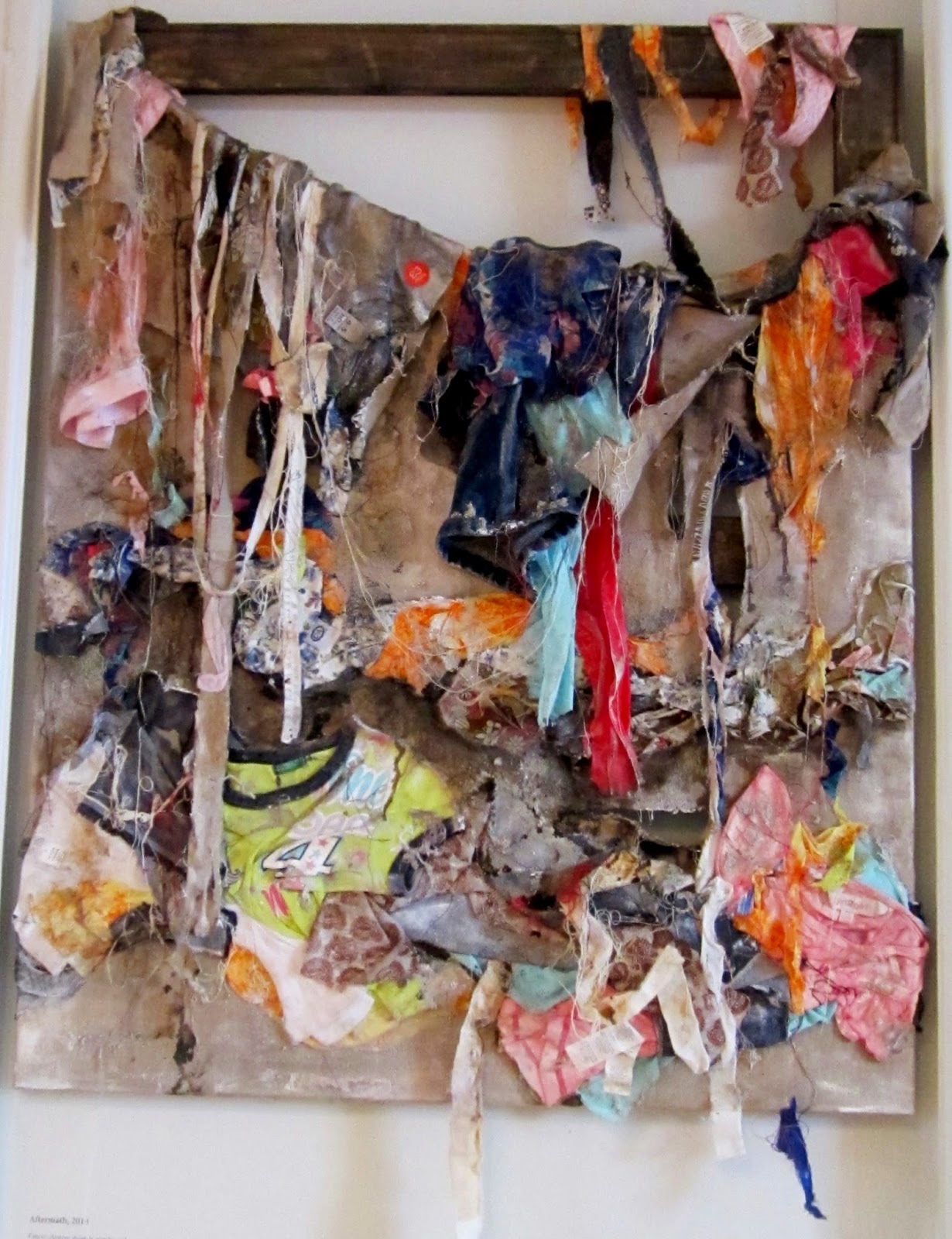 and  here
There's more too on the fashion industry than I perceived, which could be politically useful now that fashion is the dominant cultural manifestation of the day .  This is a project that deserves and will reward future showings at other venues, so I hope Schmidt has had many offers!     HAPPY CHRISTMAS