The 93rd anniversary of Fanny Eaton's death on 4 March 1924 was commemorated on Saturday 4 March  2017  at Margravine (Hammersmith) cemetery, London W68RL. 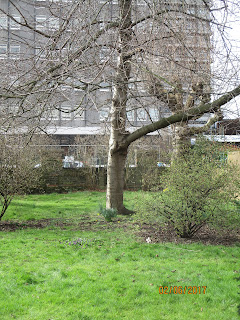 The grave spot is in the South Front section behind Charing Cross Hospital.  A marker has been placed on the plot as indicated in cemetery records, pending the installation of a stone plaque; although burials are all but ended, the cemetery does allow new, small gravestones.

To mark the occasion, below another probable sighting of Fanny in art, as the Widow in Ford Madox Brown's painting of Elijah resurrecting her son (already in his funeral shroud).
Fanny is not certainly identified as the model here, but given her extensive artistic employment for figures of Middle Eastern appearance, and artists' ideas about historical authenticity,  she is the most likely candidate.


The earliest version of  Elijah and the Widow's Son was finished in summer 1864; this version was completed by the end of 1868 and shown in Manchester the following year, when the Manchester Guardian critic complained that the 'grave and noble' subject was  ruined by the  'white wool mat' that the prophet had on his head.  However, according to another review,  the 'most perfect figure' was that of the kneeling mother, than which it  was 'hard to conceive anything more impressive than the whole composition or the nobleness of the head'. 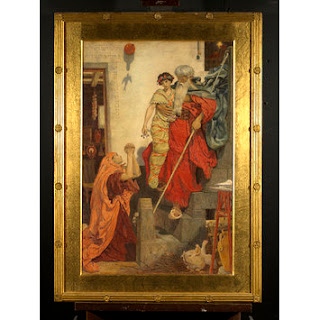 Religion in the Usk Valley

A brief visit to the Usk valley, in the Marches between Wales and England,  revealed some little-known [to me] history.

I saw Eternity the other night,
Like a great ring of pure and endless light,
All calm, as it was bright,
And round beneath it, Time in hours, days, years
Driv'n by the spheres
Like a vast shadow mov'd; in which the world
And all her train were hurl'd

I did know of the 17th century poet Henry Vaughan, author of devotional works with a mystical aspect and metaphysical manner in the wake of Donne and Herbert.  I didn’t know that he was born and lived most of his life in the Usk valley at a place called Llansanffraid, that he was ‘not born to’ English, but Welsh (presumably through his mother), that his twin brother Thomas studied alchemy and hermeticism and that their early adulthood coincided with the English Civil War, Commonwealth and Restoration.  Nor that in this tumultuous time Henry remained loyal to the Anglican  church, with its Catholic inheritance, rather than to the Puritan version, which removed many clergy from their posts including Thomas Vaughan, and banned the Prayerbook.

Before that, he followed Thomas to Jesus College Oxford (a Welsh foundation, as witnessed by a fine effigy of its founder in Abergavenny church) but soon left, ‘being designed by my father for the study of the law’ in London, ‘which the sudden eruption of our later civil warres wholie frustrated’.
Like many gentry sons, Vaughan supported the King, and joined the royalist forces fighting and defeated near Chester in 1645. His first  volume of poems was printed in 1646, his second Olor Iscanus (Swan of Usk) was composed in 1647 and his third Silex scintillans (Fiery or Flashing Flint) appeared in two volumes 1650 and 1655.   He made a virtue of retirement, identifying himself with the Silures who occupied southern Wales in antiquity, composed ‘solitary devotions’ to substitute for the liturgy and at some stage began to study medicine from the books then available, a large number of which are to be found in a Philadelphia Library. He also studied the natural history of Breconshire, partly for knowledge of plants’ medicinal properties.  John Aubrey described him as ingenious (clever) but proud and humorous or moody.  He seems to have given up poetry by the Restoration spent the next thirty years as a peripatetic, possibly occasional doctor.
H 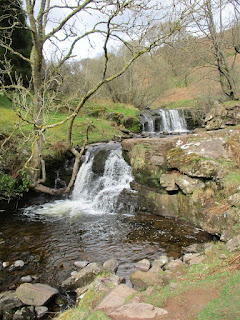 Landscape features in Vaughan’s verse as evidence of the divine purpose, so his literary heirs are Blake, Christina Rossetti, Gerald Manley Hopkins rather than Wordsworth.

With what deep murmurs, through Time's silent stealth,
Doth thy transparent, cool, and wat'ry wealth,
Here flowing fall,
And chide and call,
As if his liquid, loose retinue stay'd
Ling'ring, and were of this steep place afraid.

The common pass,
Where clear as glass,
All must descend
Not to an end,
But quick'ned by this deep and rocky grave.
Rise to a longer course more bright and brave.

Dear stream ! dear bank ! where often I
Have sat, and pleased my pensive eye ;
Why, since each drop of thy quick store
Runs thither whence it flow'd before,
Should poor souls fear a shade or night.
Who came — sure — from a sea of light ?

Or, since those drops are all sent back
So sure to Thee that none doth lack,
Why should frail flesh doubt any more
That what God takes He'll not restore ?

There’s a political message here, too; one wonders what Vaughan made, devotionally, of Charles II and the restored Church.

He probably had more in common and maybe some sympathy for the other notable Christian from Usk, of whom I had never heard.  This was David Lewis, also Welsh, born in Abergavenny a few years before Vaughan, who while Vaughan was a Royalist soldier converted to the Catholic faith and was ordained priest in Rome, before joining the Jesuits and being sent back to Wales to minister clandestinely to the faithful.   He was successfully sheltered by local recusant families with enough power to withstand both Puritans and Anglicans until the ’Popish Plot’ and Exclusion Crisis of 1678-9, when Lewis was arrested, tried in Monmouth,  interrogated  in London, offered freedom to recant and confirm the plot and, when he refused, duly executed in Usk.

This was August 1679, when Henry Vaughan was 25 miles north up the Usk valley, where he died in 1695, being buried with a similarly pious but less courageous epitaph  describing him as ‘Silurist, Doctor of Medicine, unworthy servant, greatest of sinners, may God have mercy’.

They lived in interesting times.   David Lewis, who has a gravestone outside the church door in Usk,  was canonised in 1970 along with 40 other ‘English Martyrs’.

May Morris's Valentine to GBS 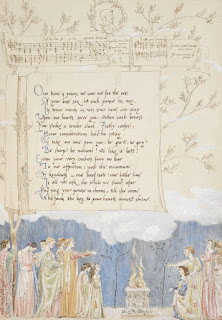 
article here
https://www.theguardian.com/culture/2017/feb/14/a-handsome-valentine-may-morriss-love-letter-to-george-bernard-shaw
Posted by Jan Marsh at 13:36 No comments:

WM on the World Market

the 1880s and going forward: prediction from News from Nowhere

"The appetite of the World-Market grew with what it fed on: the countries within the ring of civilization (that is, organised misery) were glutted with the abortions of the market, and force and fraud were used unsparingly to open up countries outside that pale.  This process of opening up is a strange one to those who have read the professions of the men of that period and do not understand their practice; and perhaps shows us at its worst the great  vice of the nineteenth century, the use of hypocrisy and cant to evade the responsibility of vicarious ferocity.  When the civilized World-Market coveted a country not yet in its clutches, some transparent pretext was found - the suppression of a  slavery different from, and not so cruel as that of commerce; the preaching of a religion no longer believed in by its promoters; the rescue of some desperado or homicidal madman whose misdeeds had got him into trouble amongst the natives of the 'barbarous country' - any stick, in short, which would beat the dog at all.  Then some bold, unprincipled adventurer was found (no difficult task in the days of competition) and he was bribed to 'create a market' by breaking up whatever traditional society there might be  in the doomed country, and by destroying whatever leisure or pleasure he found there.  He forced wares on the natives which they did not want, and took their natural products 'in exchange', as this form of robbery was called, and thereby he 'created new wants' to supply which (that is, to be allowed to live by their new masters) the hapless, helpless people had to sell themselves into the slavery of hopeless toil so that they might have something with which to purchase the nullities of 'civilization."
Posted by Jan Marsh at 20:08 No comments:


Thanks to ongoing research by descendants, it has been ascertained that Fanny Eaton's final resting place is Margravine Road cemetery in Hammersmith.   She had probably moved to the area with her last known employers and in 1911 was living there with her daughter and son-in-law.  She died on 4 March 1924, aged 89, thus outliving nearly everyone else involved in the Pre-Raphaelite circle of the 1850s and 60s, and was buried four days later.

A memorial gathering at the cemetery is planned for the forthcoming anniversary on 4 March.  The cemetery lies between Charing Cross Hospital and Queen's Club and the grave is unmarked - if I learn when and where exactly the gathering is to be I'll post details.

It's a curious fact that so lately the death and burials of both Fanny Eaton and Fanny Cornforth have been found.  Fanny E has many descendants, so this is the latest element in their family history.

Both these drawings here are by Frederick Sandys, one of the younger group of artists for whom Fanny posed in the early 1860s - possibly at the same time as she was drawn by Simeon Solomon, Albert Moore and W Blake Richmond.

Caribbean Beat, the flight magazine for Caribbean Airways has a nice article on Fanny Eaton by Judy Raymond, in the current issue   here 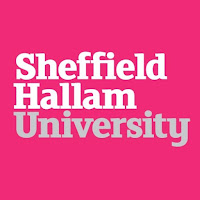 The William Morris Gallery is collaborating with Sheffield Hallam University to offer a funded PhD studentship examining ‘the content, value and significance of William Morris’s legacy’.

According to the pitch,

William Morris’s legacy is all around us, embedded in the ubiquitous presence of his surface pattern work; reoccurring interest in independent, radical publishing; and bons mots about the relationship between art and life, amongst many other contributions.  However Morris continues to have a paradoxical relationship to national heritage discourse.  While his work is often the source of multiple commercial exercises, he was a romantic and a radical.  To explore the contemporary value of his work, we offer the opportunity to engage with the collection of the William Morris Gallery London.  The collection covers many disciplines and encompasses the arts and humanities…. 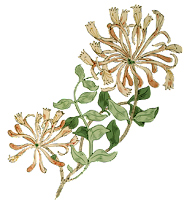 And so on.  Of course, Morris’s  career and writings encompass an extraordinary range of subjects and activities – though surely his oft-quoted slogans were and are more than bons mots?  And the issue of his co-option by the ‘national heritage discourse’ is eminently worth examining.   The implied conflict between the commercial exploitation of his designs and Morris’s (here unspecified) romantic and radical politics is potentially of great interest, in regard to the way the business success of Morris & Co facilitated the Socialist League and Commonweal as signal contributions to political action in Britain.  These ‘contradictions’ have been continually discussed ever since Morris’s lifetime, though it often feels as if the analysis remains stuck in the 1880s, with debates about what WM ought to have said/done/not done..

The SHU studentship is actually aimed at candidates with ‘a growing, active presence in visual art  or design’ rather than any other relevant academic discipline, and the supervising staff are heavily into multi-media curatorial practice and computerised design history. Full details of the studentship are found about half-way down this document...