I've been otherwise busy recently and have  missed out on several exhibitions, but got to 24/7 at Somerset House, and without knowing what to expect [having missed out on reviews etc] found it chimed neatly with recent experience that is in many ways one's chronic experience nowadays - that of having too many tasks and rapidly shrinking time in which to achieve them. [Who has a to-do list that gets done every day?] 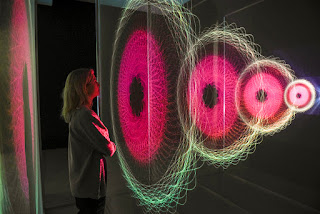 It's not only about the pernicious always-online aspect of digital devices, though they have aggravated the situation to intolerable levels.  24/7 ranges widely, in no particular order, with time-lapse videos next to mechanically pecking hens, next to Mark Zuckerberg gabbling 'more, more, more', and inexorably ticking clocks, then swinging back historically to a dramatic 1780s painting of  Arkwright's textile mill by night, every window illuminated to demonstrate non-stop production through two 12-hours shifts daily.  Which is essentially the modern experience, in varied forms.   Plus of course Bentham's famous panopticon, an apt precursor of today's continuous surveillance.


I half-expected to see a calligraphic version of W.H.Davies's once-famous poem 'What is this life if, full of care, we have no time to stand and stare?'  And perhaps missed it, as 24/7 has over a hundred exhibits, randomly distributed in Somerset House's southern undercroft, a string of spaces on different levels that begins to feel like an Escher drawing, with stairs up and down, mysterious frosted lifts and dark caverns for immersive installations behind thick black curtains.  One has benches and  continuous recordings of the dawn chorus by actual and electronic birds, another invites one to hum along with a humming soundtrack as the bench vibrates. Parts are frankly scary and nightmare-inducing.  One's balance is disturbed, and with it, possibly the balance of one's mind. 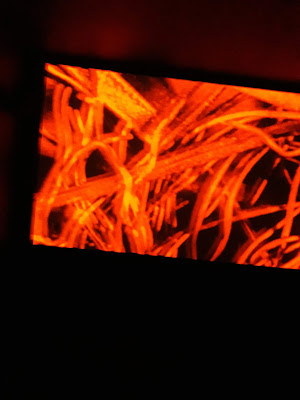 Flickering screens everywhere,  with abrupt clips of factory workers and slow-time videos of artists writing and reading real letters.Naturally, the visitors were filming the exhibits on their phones... 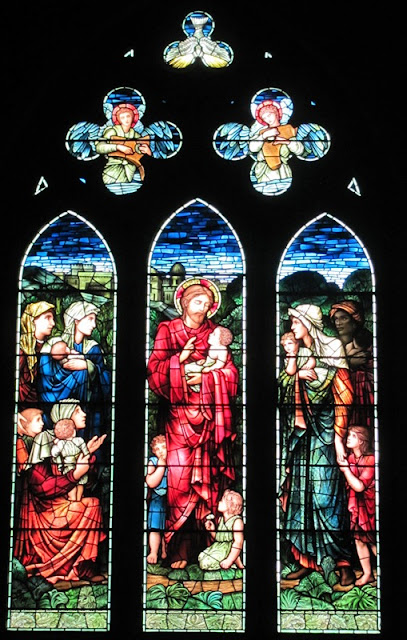 A little behindhand for Holy Innocents.  It took me some time to locate an image of the Victorian anti-type to the Massacre  - Christ's 'Suffer little Children to come unto me'.   This is a three-light window in Brechin's honorary  cathedral,  produced by Morris &Co, under Henry Dearle and attributed to him, although several elements, including the tiled sky, the female heads and the infant faces are plainly copied if not actually drawn by Burne-Jones. [it was after all, a house style]

My attention was caught by the mother and babe on the far right, whose dark skins give a global aspect to the religious message, albeit marginalised.  i must now search for other versions.  Happy New Year to all newborns and their forebears.

[Apologies and credit to Sandy, from whose anonymous blog I borrowed the image, my own proving hopeless...]  .

Merry Christmas
Posted by Jan Marsh at 10:40 No comments: 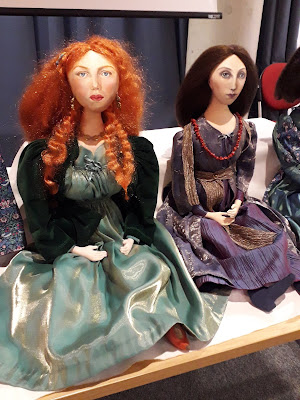 Artist Marina Elphick brought four of her soft sculptures to the Pre-Raphaelite Sisters conference at York, where their contemplative expressions made a great addition to the scholarly papers about overlooked artists, and provoked a debate over the pejorative use of the term 'doll' [not Marina's choice] . 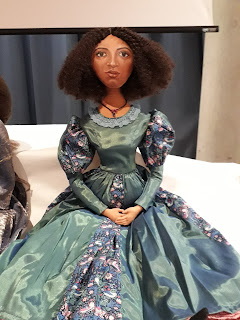 The fabrics used are especially noteworthy, and the craftwoman's skill is alluring. 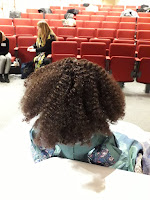 I am very happy to see Georgiana BJ wearing her famous coral necklace... 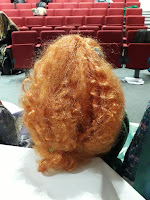 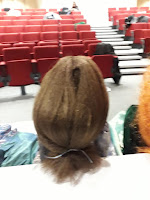 
From previously seeing only images on Marina's website [ https://marinamade.me/]  i  expected the figures to be smaller, whereas they are a good size that enhances their presence, and can stand and sit in various poses.


the background figure is their creator 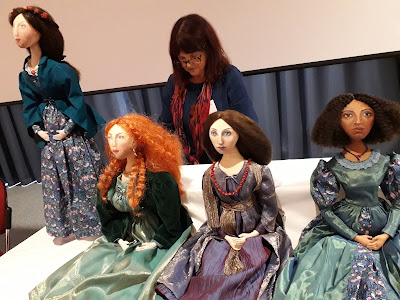 AND HERE'S THE WHOLE GROUP 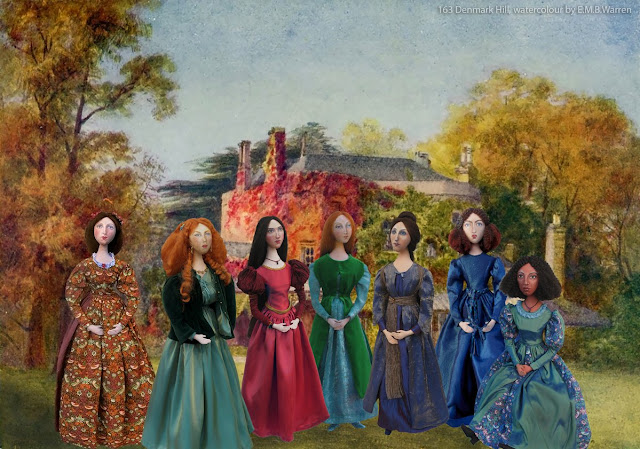 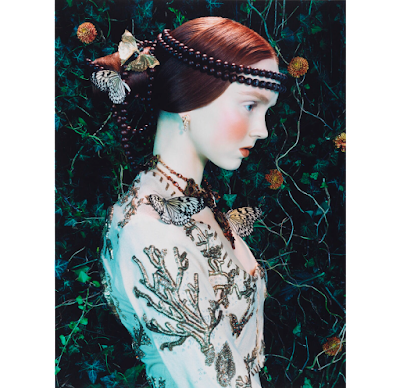 When the NPG’s Pre-Raphaelite Sisters exhibition was first projected, my aim was to include images of later models and actors whose features and presentation evoked some aspects of the original movement  - partly because many of the nineteenth  century images have a distinctly modern or contemporary look, and partly because of the loosely comparable social trajectories that begin with modelling.

In the course of creating the exhibition, this aspect was necessarily dropped; one may feel there are already too many exhibits and labels.  So I was delighted when last week, two present-day representatives of the theme took part in events associated with Pre-Raphaelite Sisters at the NPG.  Both have portraits in the Gallery collection. 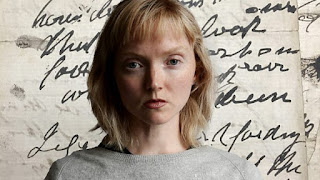 Lily Cole, who has the same translucent skin and delicate features as Elizabeth Siddal, as well as Siddal’s tall and slim figure, and recently acted in that role for the BBC Radio3 programme Unearthing Elizabeth Siddal, came to film a personal introduction to the exhibition for the Art Fund.   I will post a link when it is published. 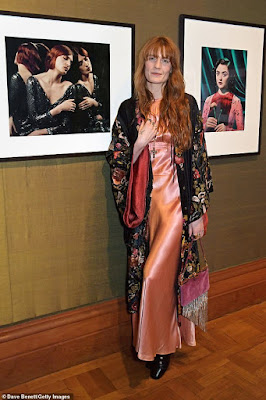 Then singer-songwriter Florence Welch took part in a conversation with photographer Tom Beard, ranging widely over their shared experiences and the visual links between the aesthetic adopted by Florence in life and art and that of the Pre-Raphaelite movement,  with some acute observations about both contemporary and historical imagery.  Plus neatly juxtaposed pictures from the exhibition and Florence’s albums.

It was a triumphant evening, enhanced by the enthusiastic audience of Florence followers and lookalikes.   No Photography allowed  but the above picture shows their heroine with Tom Beard’s triple-mirrored photo recently acquired by the NPG.   Which chimes well with the picture of Fanny Cornforth posing against a cheval mirror in the garden of Rossetti’s home in Cheyne Walk, in 1863. 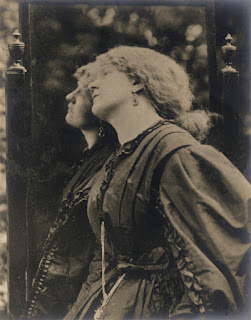 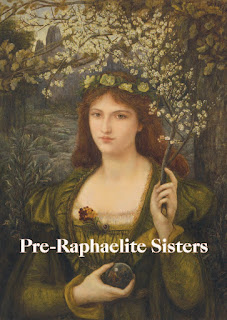 Plus a call for new articles on other artists to be published in conjunction. 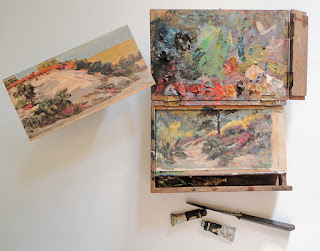 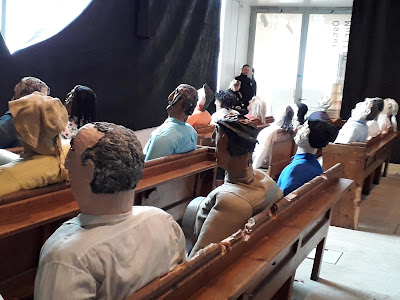 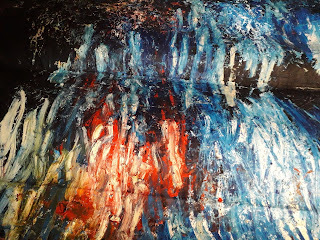 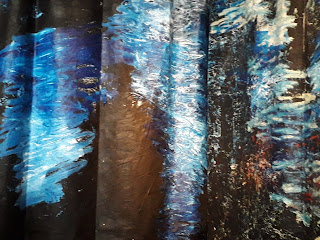 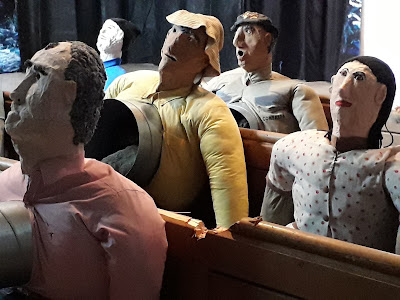