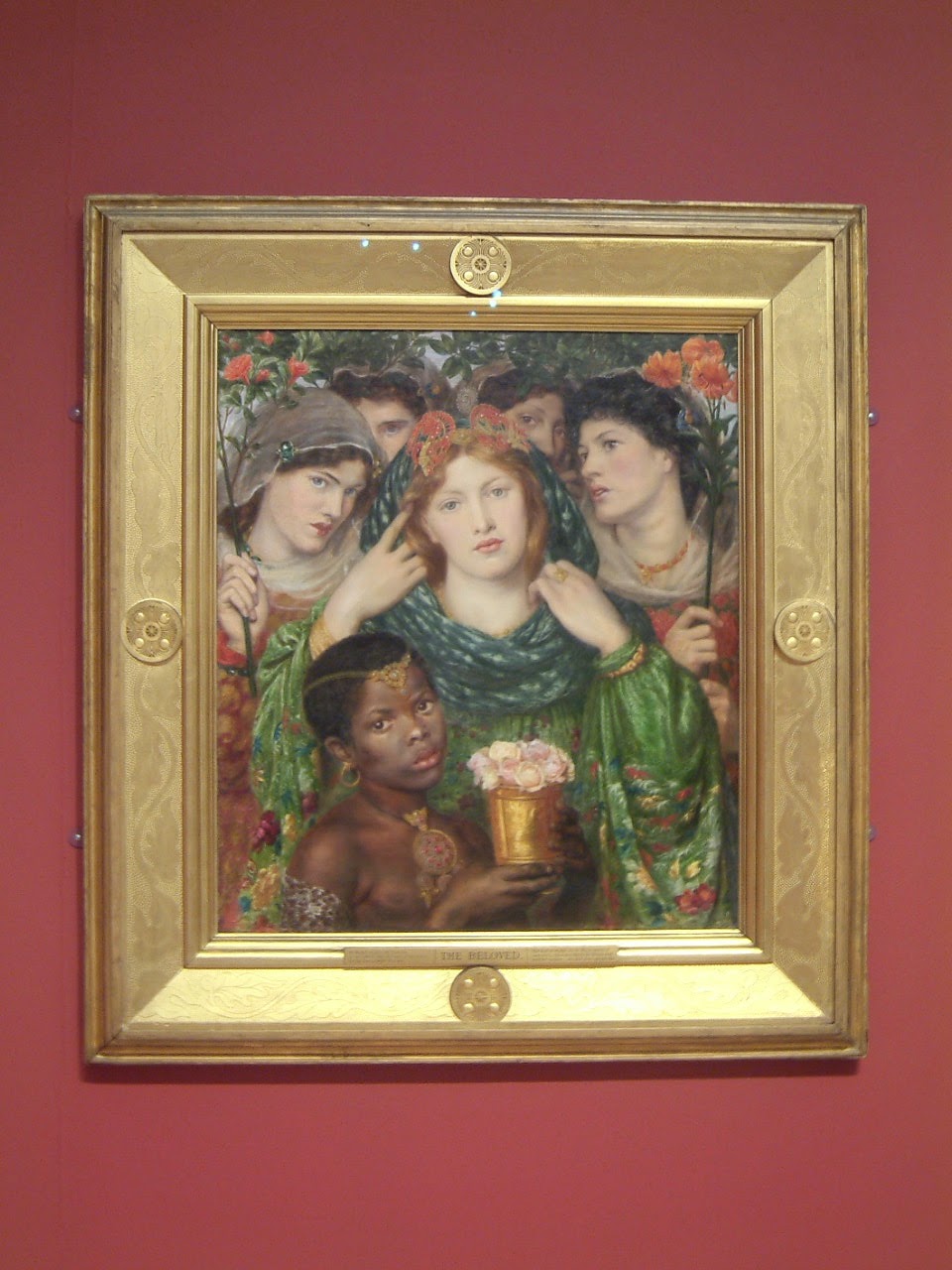 A seminar on representations of people of African and Asian descent in British art from all periods  will be held at Tate Britain on the evening of Saturday 21 February 2015.  This is organised in connection with the display Spaces of Black Modernism, [see above, post of  15 November 2014]    and the new arrangement of Tate's historical galleries A Walk through British Art .  The seminar is titled The Black Subject; Ancient to Modern. 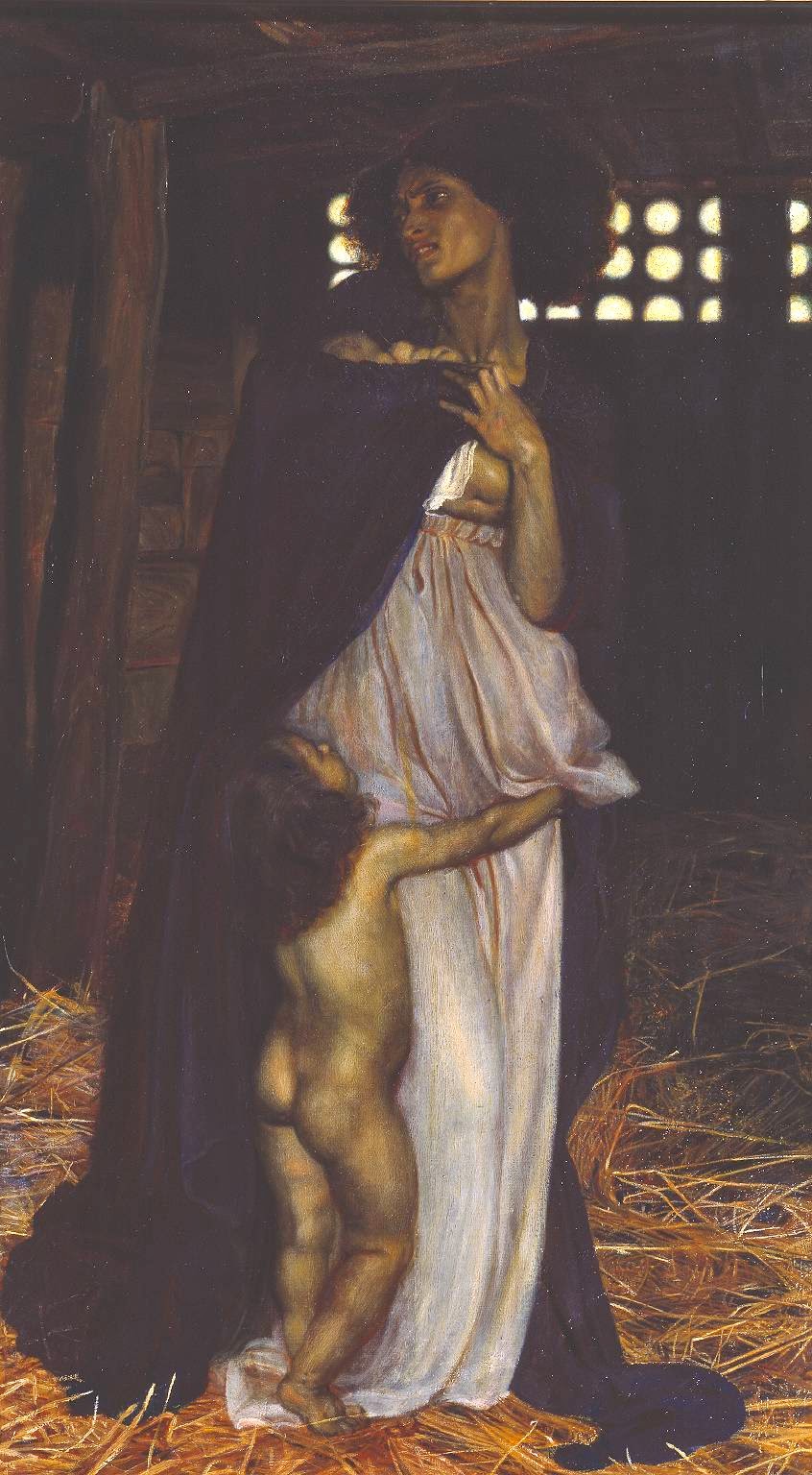 As yet  I don't know much more about the programme, except that I am participating.  But it's worth noting that the re-hang includes a seldom [never?] previously seen painting by William Blake Richmond of a distraught woman and naked infant in some kind of prison, entitled The Slave.  When curating Black Victorians, I viewed this painting for possible inclusion  but in the reserve store it was just too dark, literally black all over for anything to be visible.    It is better on display but still aesthetically unattractive,  chiefly owing to the murky paint for the flesh tones, and the obtrusive glimpse of something that I took to be a breast but a friend observes may be some part of the babe largely concealed by the voluminous black cloak. Then it's hard to understand what the artist intended in terms of meaning.  What era is this supposed to be?  what location? it looks like an 18th-century prison cell with straw on the floor, except that it's timber-built and so more like a stable.  Possibly it is meant to represent  a 'slave pen' where enslaved people were kept awaiting sale in the American South.  In which case Richmond was about twenty-five years out of date; such subjects were familiar - indeed popular in a macabre way - in British painting when the Emancipation struggle and US Civil War were in progress.   I wonder if perhaps the painting was actually executed then? If so, Fanny Eaton could have been the model  - the anguished features are not dissimilar to hers, and Richmond was friendly with several other artists who employed her.
He is also an under-researched artist, so further investigation might be useful. 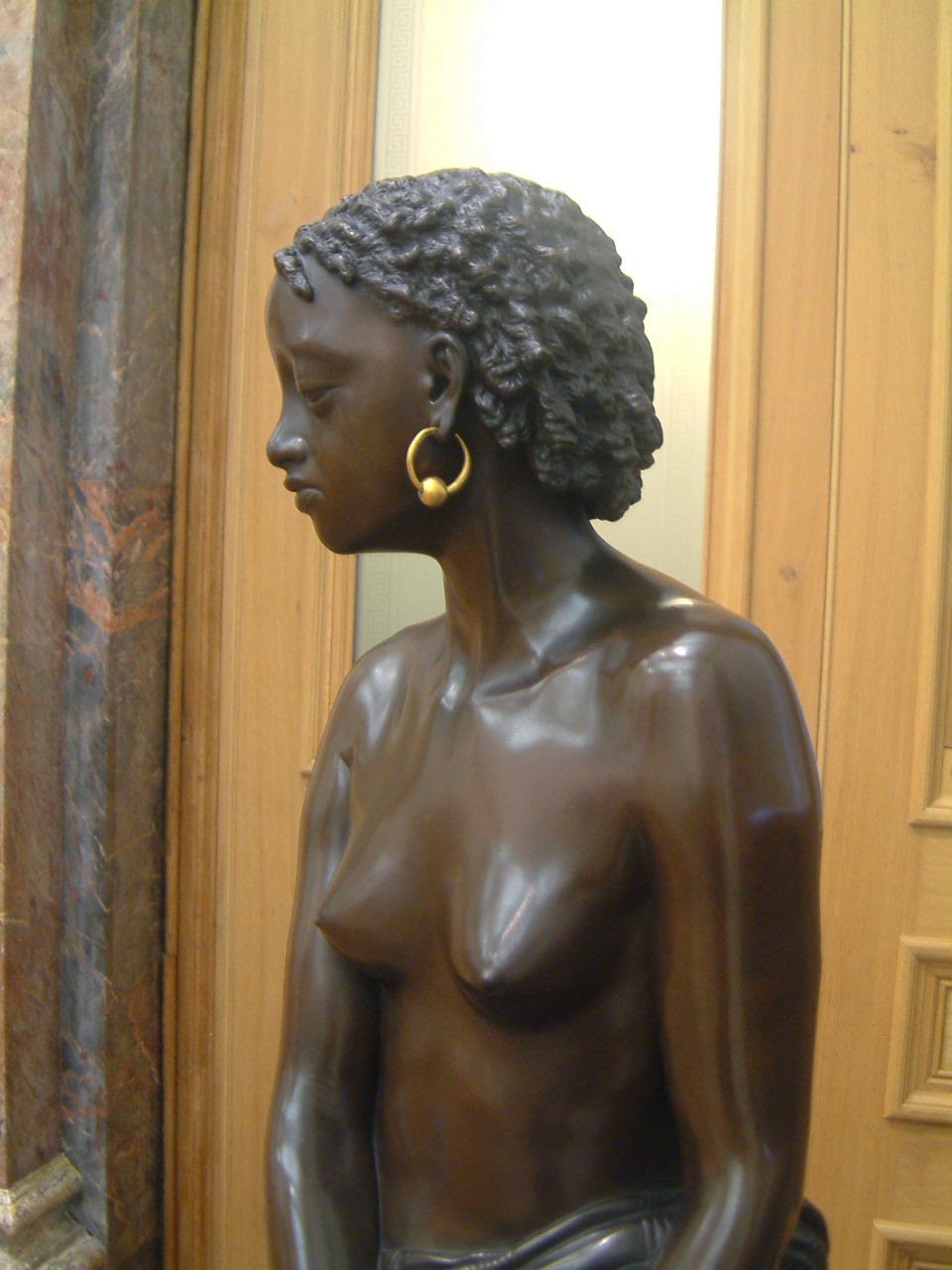