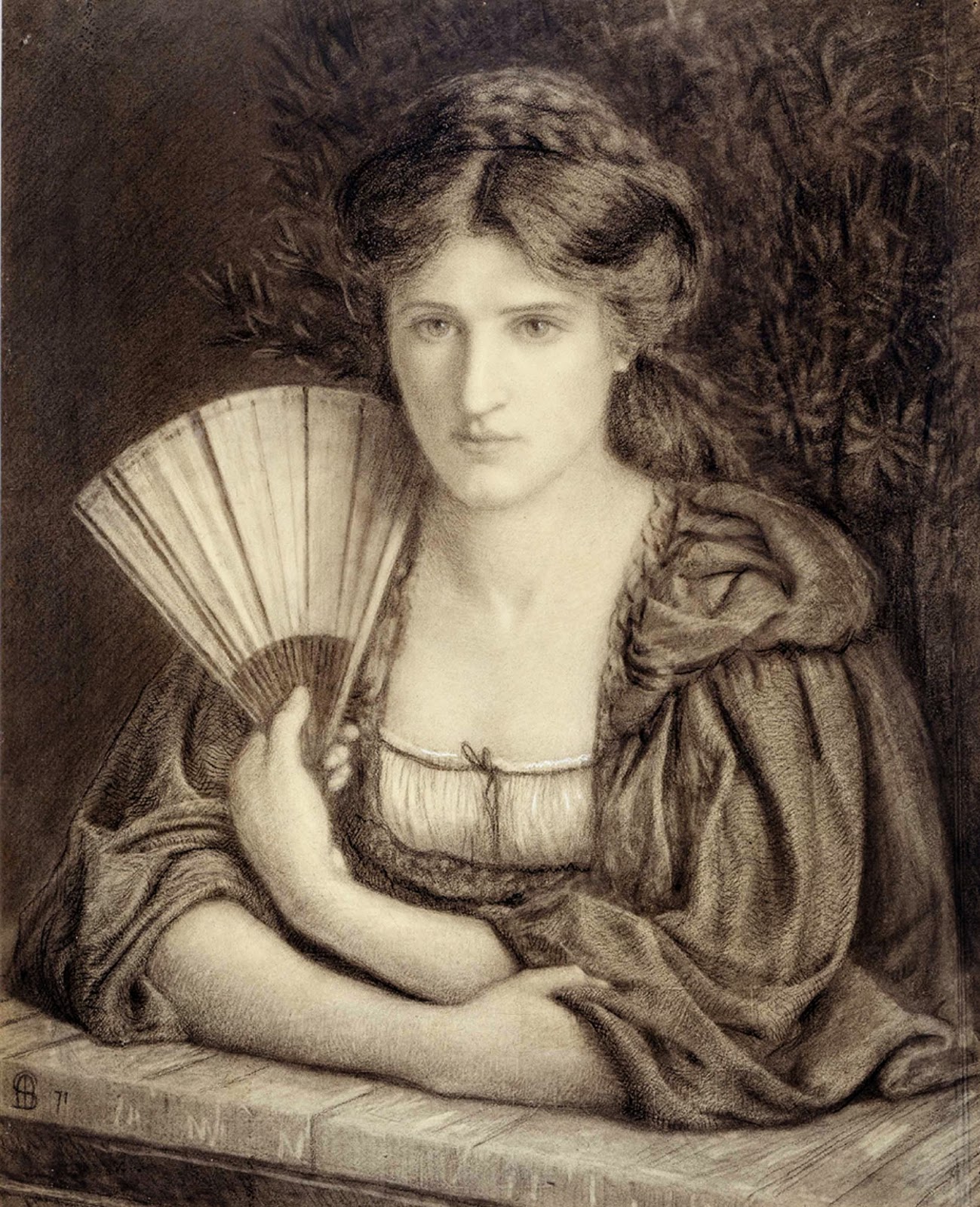 Margaretta Frederick and I are currently preparing an exhibition for Delaware Art Museum on the work of Marie Spartali Stillman, which will open towards the end of the year.  This will be the first solo show of pictures by an artist  hitherto known chiefly as a ‘Pre-Raphaelite follower’ and will allow a fuller appraisal of her career than has been previously possible.  Over the next few months I’ll periodically post on the project, partly because of its intrinsic scholarly interest and partly because Spartali is still relatively unknown and misrepresented (as a ‘Pre-Raphaelite follower’).
She was born in 1844 in the suburbs of London, to parents from different areas of the Ottoman empire who belonged to the Greek merchant diaspora in Britain alongside the Ionides, Cassavettis, Lascarides.  Marie had a sister Christina and two brother Demetrios and Eustratius, whose role was to continue the family business.  Her father Michael Spartali served some years as Greek consul in London and prospered as an import-export merchant; around 1865 the family moved to a fine mansion called the Shrubbery on Clapham Common northside.  They also had a very pleasant summer home outside Shanklin on the Isle of Wight which is now a bijou hotel.
By this date Marie had determined to study art, which was an unusual decision for a young woman of her background, educated at home to become a wife, mother and accomplished hostess.   The family socialised chiefly within the Greek community,  through which they met a number of artists, including those patronised by Constantine Ionides.  As is well-known, Whistler asked Christine Spartali to model for his Princesse 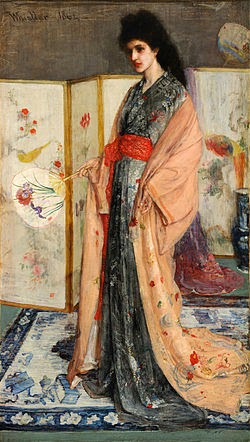 du Pays de la Porcelaine, and Marie accompanied her to the seemingly endless sittings.  She recalled that Whistler often scraped out the figure just as they thought it was all but finished and day after day they returned to find everything had to be done over again.  Eventually Christina escaped by falling sick.


Marie’s original wish was to study with Rossetti,  who was just emerging from the customary two years’ mourning for his wife Lizzie and had moved to a large old house on the river at Chelsea. But Rossetti did not take pupils, and his life-style was wholly unsuitable, so the request was passed to Ford Madox Brown, who was already teaching his own daughters and son.   Marie joined this artistic nursery in 1864.  Less than three years later, she made her exhibition debut at the Dudley Gallery – a watercolour venue – with three pictures depicting The Pasha’s Widow, the Theban Poetess Corinna and a figure from Spenser’s Faerie Queene, who muses pensively ‘through great desire of Glory and of Fame’.


By all accounts Marie Spartali was personally modest and retiring, reluctant to pursue the publicity and promotion necessary for a successful career.  Yet her pictures speak of ambition and the  desire for renown.